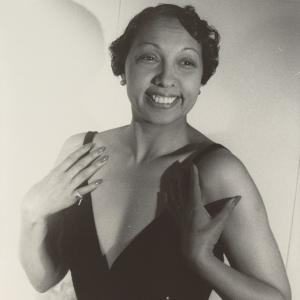 When I switched on my laptop this morning, I first intended to write a piece that would denounce the French new colonialism currently taking place in the African continent. It did not take me long to change my mind and decide to point out their accomplices, instead. Yes, unlike many of the black activists -the 21st century houseslaves-, most of whom were born and raised up in the West, and therefore benefit from all the advantages and comfort of these nations, without ever fighting or openly denouncing the French looting of the African continent, I have decided to speak and fight for Africa. French black activists have indeed that particularity of fighting for their rights in the Hexagon and looking at what is happening in the United States or in the UK, without ever concretely pointing out what their White masters do in the African continent. Fighting for their rights in the West, but closing their eyes on the suffering inflicted on the Africans by their white masters, for the sake of all their privileges, is precisely what makes most French black activists of the 21st century houseslaves. Gandhi, their source of inspiration, had before them fought for the right of the Asian community in South Africa, ignoring totally the black Africans and, in some occasions, even accepting and understanding their being treated by the British rulers as inferior, or to use his words as “Kufr”.

In in front of the obvious and open re-colonisation of the African continent, the silence of the African diaspora living in France is more than an act of treason. While these houseslaves, in admiration for the American dreams, turn their gaze towards the other side of the Atlantic Ocean, the French new President, Emmanuel Macron, is asking his manservants in Ivory Coast, Senegal, and many other African countries to campaign for maintaining the CFA Franc.

These puppet African presidents are also asked by their White French master to prepare the masses to accept the coming devaluation of their currency; while the French black diaspora who define themselves as activists and anti-establishment remain completely blind and silent. But what else can we really expect from the houseslaves? These people who speak of negritude but deep inside no longer want to be black are the real sold out. They are those because of whom the fight for Africa is somehow made difficult. The houseslaves’ fight only concerns itself with their condition in the West. Most of their references are African Americans and not Africans from the continent. Of course, you will sometimes hear them quote or pronounce the names of Thomas Sankara, Kwame Nkrumah, Fanon or again Mandela; but their actions and focus are more similar to that of a houseslave trying to improve his own condition while closing his eyes on the pain and open injustices inflicted on the African continent by their White masters.

I will never forget this young Soninke boy, born in France but originally from Mali, who once contacted me after I had posted on Facebook some pictures and comments by Thomas Sankara. His message was a disapproval of the work of the late leader of Burkina Faso. The reason? The French Black Soninke originally from Mali thought that Thomas Sankara had finally been assassinated which proved, according to him, that he was wrong and his work useless.

Beware Black Africans! It is true that Ethnic Minorities in their majority are suffering and facing with lots of difficulties in France, but bear in mind that they are for most of them today’s unconscious houseslaves.

The masquerade played by the French in the conflict in Mali has no room on such people’s websites or Facebook profiles. They are pseudo activists. The few of them who are journalists or have access to the media will never ever denounce or relate what the current French government is doing in Mali or other African Countries. As to the non-Black activists who pretend to be anti-imperialists, they will even sometimes promote or refer to the culture of the French accomplices in Northern Mali as a distinctive culture, as if it had nothing to do with the Malian state.

Beware! dear Blackman. Cause the real Negros have no friend!

The British riots or the British version of the Arab spring?

When racism appears on your screen

A good reason for making Britain my homeland