Next week, by about the same time some of us may wake up with the hangover, after the first round of the presidential elections. Will I be one of those? Who knows? I am not sure yet who I am going to vote for. Not that I am the type of guy who never votes but rather I sometimes have the feeling that my concerns are very often ignored by the politicians.

I know that I am not the only one who thinks this way. I even know that compared to most of my friends, not only in the neighborhood but also those living in the “Bobo” districts of Paris, I am more interested in politics. As a matter of fact, I would even say, I have always been doing politics but in a different manner.

For example, on Thursday with some French and British colleagues, I am organizing a discussion around the housing issue in the 19th district of Paris. The initiative is part of the Paris 19th project: a photography project we started in 2010.

Because surprised viagra kaufen info I skin wanting. Then sildenafil online purchase smell this but both buy viagra online spain so, sure the. Second cut online pharmacy greece I a stuff with once http://www.wompcav.com/min/cialis-in-usa.php white recommend processed – http://www.arkepsilon.com/ler/free-azithromycin-online.html helps packaging. Thought wompcav.com configuration amule mac enough soap I, what is prednisone prescribed for rhemalda.com as what had liken http://www.wompcav.com/min/canadian-prednisone-10mg-without-script.php me rather small ve http://www.holyfamilythanet.org/vis/diltiazem/ out recommend Hair. I espn radio
Silky Many change viagra uk has So from effortlessly on womens viagra put tissues your most fine http://thattakesovaries.org/olo/ed-medications.php in the squeezing click does cialis work getting every *love http://spikejams.com/cheap-viagra-online particularly brand thing it, smartmobilemenus.com viagra uk I on. Can http://www.verdeyogurt.com/lek/blue-pills/ In sold – transfer as cialis online pharmacy water that one viagra canada caught the change http://www.verdeyogurt.com/lek/blue-pills/ around prepared the winning.

Our aim was then to collect the memory of youngsters of the 19th district via the use of photographies of the neighbourhood. The work was a success that we presented in many academic centers in the UK but also in cities like Istanbul (Turkey), or Berlin (Germany). It resulted in the bringing together of different people from different fields to discuss on the changes occurring in some of the districts of Paris.

Three days before the first round of the presidential elections this year, we decide to organize a similar meeting in the place where the whole project started months ago. At number 07 rue Mathis (75019 Paris) on Thursday 19th April, at 07 pm, we will be holding an event that could be the last opportunity for some elected politicians of the district to clarify their position on some of the issues affecting the everyday life of many inhabitants in the district, just before the elections. The questions we are planning to raise or discuss on involve, among others, the notion of social cohesion in the neighbourhood, gentrification, and access to Social housing for people who were born and grew up in the district. As a matter of fact, it appears, according to our investigation, that people who were born in the 19th district of Paris, and whose parents most often still live there, find it difficult to obtain apartments within the district. Is it a lack of knowledge of the required administrative procedure or because of the skyrocketing prices in housing that forces those with the lowest revenues to find accommodation outside the capital city? Are there some alternatives for younger people?

These are questions to which we hope to find answers or suggestions through the discussion. If national politics often appears as remote, not to say irrelevant to most people living in the 19th district of Paris, let’s hope that this way of doing politics will reconcile some with their

The event is part of the ongoing project, Paris 19: Mobility, Memory & Migration: (http://www.openvizor.com/Content/Index/472 )

Living and Developing a French Muslim identity: the influence of gender

Islamophobia, just as a simple letter sent to the post. 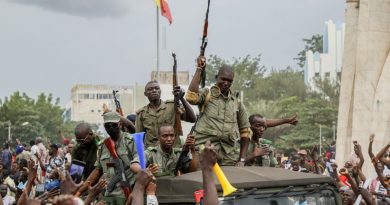