Near the corner of Westchester Avenue and Pugsley Street in Parkchester, just off the elevated tracks of the No. 6 train, Yaakov Wayne Baumann stood outside a graffiti-covered storefront on a chilly Saturday morning. Suited up in a black overcoat with a matching wide-brimmed black fedora, the thickly bearded 42-year-old chatted with elderly congregants as they entered the building for Shabbat service.

The only unusual detail: This synagogue is a mosque.

Or rather, it’s housed inside a mosque. That’s right: Members of the Chabad of East Bronx, an ultra-Orthodox synagogue, worship in the Islamic Cultural Center of North America, which is home to the Al-Iman mosque.

“People have a misconception that Muslims hate Jews,” said Baumann. “But here is an example of them working with us.”

as adversaries both here and abroad, the Jews and Muslims of the Bronx have been propelled into an unlikely bond by a demographic shift. The borough was once home to an estimated 630,000 Jews, but by 2002 that number had dropped to 45,100, according to a study by the Jewish Community Relations Council. At the same time, the Muslim population has been increasing. In Parkchester alone, there are currently five mosques, including Masjid Al-Iman.

“Nowhere in the world would Jews and Muslims be meeting under the same roof,” said Patricia Tomasulo, the Catholic Democratic precinct captain and Parkchester community organizer, who first introduced the leaders of the synagogue and mosque to each other. “It’s so unique.”

The relationship started years ago, when the Young Israel Congregation, then located on Virginia Avenue in Parkchester, was running clothing drives for needy families, according to Leon Bleckman, now 78, who was at the time the treasurer of the congregation. One of the recipients was Sheikh Moussa Drammeh, the founder of the Al-Iman Mosque, who was collecting donations for his congregants—many of whom are immigrants from Africa. The 49-year-old imam is an immigrant from Gambia in West Africa who came to the United States in 1986. After a year in Harlem, he moved to Parkchester, where he eventually founded the Muslim center and later established an Islamic grade school. Through that initial meeting, a rapport developed between the two houses of worship, and the synagogue continued to donate to the Islamic center, among other organizations.

But in 2003, after years of declining membership, Young Israel was forced to sell its building at 1375 Virginia Ave., according to a database maintained by Yeshiva University, which keeps historical records of synagogues. Before the closing, non-religious items were given away; in fact, among the beneficiaries was none other than Drammeh, who took some chairs and tables for his center.

Meanwhile, Bleckman and the remaining members moved to a nearby storefront location, renting it for $2,000 a month including utilities. With mostly elderly congregants, Young Israel struggled to survive financially and, at the end of 2007, was forced to close for good. The remaining congregants were left without a place to pray. During the synagogue’s farewell service, four young men from the Chabad Lubavitch world headquarters in Crown Heights showed up. Three months earlier, Bleckman, then chairman of the synagogue’s emergency fund, had appealed for help from the Chabad.

“The boys from the Chabad said they came to save us,” said Bleckman. “We were crying.”

At this point, Chabad took over the congregational reins from Young Israel, with members officially adopting the new name Chabad of East Bronx. Still, for the next six to seven weeks, Bleckman said they could not even hold a service because they had nowhere to hold it.

When Drammeh learned of their plight, he immediately volunteered to accommodate them at the Muslim center at 2006 Westchester Ave.—for free.

“They don’t pay anything, because these are old folks whose income are very limited now,” said Drammeh, adding that he felt it was his turn to help the people who had once helped him and his community. “Not every Muslim likes us, because not every Muslim believes that Muslims and Jews should be like this,” Drammeh said, referring to the shared space. But “there’s no reason why we should hate each other, why we cannot be families.” Drammeh in particular admires the dedication of the Chabad rabbis, who walked 15 miles from Brooklyn every Saturday to run prayer services for the small Parkchester community.

For the first six months, congregants held Friday night Sabbath services inside Drammeh’s cramped office. As more people began joining the congregation, Drammeh offered them a bigger room where they could set up a makeshift shul. (When it’s not in use, students from the Islamic school use it as their classroom.) Inside the synagogue, a worn, beige cotton curtain separates the men and women who attend the service. A solitary chandelier hangs just above the black wooden arc that holds the borrowed Torah, which is brought weekly from the Chabad headquarters. A large table covered with prayer books stands in the center, and a picture of the Lubavitcher Rebbe is displayed prominently on a nearby wall. During Shabbat, when Jewish congregants are strictly prohibited from working, they have to rely on the Muslim workers at the center or on Drammeh to do simple chores such as turning on the light and switching on the heater.

At first, it did not make sense, said Hana Kabakow, wife of Rabbi Meir Kabakow. “I was surprised,” said the 26-year-old congregant who was born and raised in Israel. “But when I came here I understood.” The Kabakows have been coming to the service from Brooklyn for the last two years.

Harriet Miller, another congregant, said she appreciated the center’s accommodating the synagogue. “They are very sweet people,” said the 79-year-old Bronx native and long-time resident of Parkchester, who added that she welcomes the new Muslim immigrants in her neighborhood: “We were not brought up to hate.”

Drammeh also understands the importance of teaching tolerance more broadly, and for turning the school—which was itself founded at the nearby St. Helena Catholic Church on, of all days, Sept. 11, 2001—into a model of sorts for religious tolerance in New York.

“We’re not as divided as the media portrays us to be,” Drammeh said. “Almost 90 percent of Jewish, Muslim, and Christian teachings are the same.”

His latest project involves introducing fifth-grade Jewish and Islamic school students to each other’s religious traditions. Other participants of the program, now in its sixth year, include the Solomon Schechter School of Manhattan, the Al Ihsan Academy of Queens, and the Kinneret Day School of Riverdale. At the end of the program, students organize an exhibit that shows family artifacts of their respective cultures and religion. The principal of the Islamic school, who is also Sheik Drammeh’s wife, said that even after the program ended, the participants became “fast friends” and would visit each other’s homes.

“They would have birthday parties together,” Shireena Drammeh said. “When someone invites you to their house, I mean, that says it all right there and then.”

While the Jewish congregants are thankful for their new home, they hope that one day they can rebuild their own synagogue. That day may be far off: Even now that they have space to worship, they still struggle to operate. They don’t have proper heating inside, and the portable working heater could not reach the separate area where the elderly women are seated, forcing them to wear their jackets during the entire service. Congregants are appealing for financial support from the Jewish community and other congregations.

But Leon Bleckman and others say they now also have loftier goals, including reviving the Jewish presence in the neighborhood and reaffirming the positive relationship with their Muslim friends. “We are able to co-exist together side by side in the same building,” said Assistant Rabbi Avi Friedman, 42. “That’s sort of like a taste of the future world to come—the messianic future where all people live in peace.”

This article was taken from http://www.tabletmag.com/life-and-religion/88849/a-bronx-tale-3/

Blacks in France and in the English speaking world 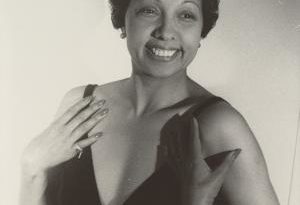