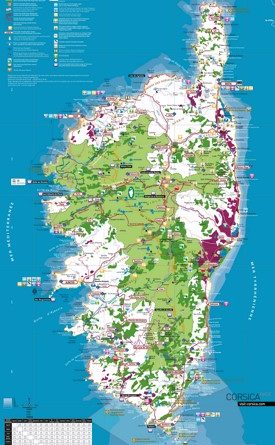 Every country must have the possibility to self-define and determine themselves, or something similar, does the human and citizen right declaration of the United Nation say. Last month, in Catalonia, the principle was put into practise at the stake of the Spanish nation. I personally think that nations are stronger when united, however, just like for the British ironical Brexit, I take delight in all these European quests for more autonomy that end up dismantling the European imperialist block. Europe, and more particularly France, has in the last seven centuries been able to accumulate wealth by taking advantage of other people through slavery, colonisation and other forms of exploitation. Division so as to better rule and conquer has also been a key tool used by the Imperialists. Since the colonisation of America, and more obviously, since the enslavement of the African continent through colonisation in the second part of the nineteenth century, Europeans have always tried to be more united and to form blocs that would divide between themselves the different conquered nations.

With the revolution of both information and the mass media ignited by the internet in the two first decades of the twenty-first century, the deal has now changed. What could, in the past, be concealed or dissimulated has today become crystal clear to even those who have never benefited from the European style of education. The strategies formerly used by the different governments to better exploit the masses, and turn one group of people against the other, can now be easily decrypted and explained to the unaware ones. Claims and the different forms of injustice are communicated and denounced from one point of the globe to the other. For this reason, it is possible to declare that the Devil’s new Machiavellian enterprise to redesign the frontiers of the African continent as well as that of most middle eastern Muslim countries will not succeed.  The coloured peoples have now opened their eyes.

It is also time for the exploited ones around the world to admire and be delighted in front of the work of the almighty that makes European nations enter an atmosphere of misunderstanding and disagreement likely to bring the big imperialistic bloc they form to its knees. Yes, it is time to celebrate the mistake that both the Brexit and the independence of Catalonia represent for the EU and let’s pray the almighty so that the same thing happens with Corsica, French Guyana, Guadeloupe, and why not Martinique and so many others. Far from those who think that these decisions for more autonomy in western Europe are tinged with racism against Ethnic minorities, let’s have no mercy for those who by living in the West, indirectly, contribute to that imperialistic bloc that only exist, and owe its wealth to the exploitation of the African continent, and the wars and chaos they create around the world through, their greed. If the lives of millions of Ethnic minorities is the price to pay for the collapse of White supremacy, then, let it be it!

4 more years for what?