There are times when history just seems to repeat itself. I remember six years ago having nearly been in the same situation as the one Clotilde Reiss finds herself in today. At the time I used to work for the French consulate in South Kensington in London. I was on a temporary contract that could just last two or three months. But before I start this short story of mine, let me first explain the case of Clotilde Reiss. Clotilde Reiss is that French girl, aged 24, who was arrested in Iran last June. She had first come in Teheran to work as a lecturer for the academic year 2008-2009. On the day she should have flown back to Paris she was arrested at the airport and charged with plot and conspiracy against the Islamic Republic of Iran. According to the Iranian authorities the French student had taken part in the outlawed demonstrations before and after the presidential elections in Iran. She had sent pictures of the different demonstrations to people in France and written and forwarded to the French consulate in Teheran a report of several pages on the protest movements. At her trial, Clotilde Reiss recognized and admitted the charges held against her.

For the French Minister Bernard Kouchner, however, this is nothing but pure imagination, and conspiracy against the French Lecturer. Clotilde Reiss is “innocent” he claims. Thanks to a bail of 200 000 Euros paid to the Iranian government the young girl is now out of jail, awaiting the end of her trial at the French embassy in Teheran. Let me now tell you about my own experience while working at the French consulate in South London about 6 years ago. At the time I was also doing a PhD in English studies with Sorbonne University in Paris. My subject was “The Integration of the Muslim subculture in Britain at the dawn of the twenty first century, from theory to reality”. Because it was participant research I had to live in Britain for a while in order to get relevant information. Two weeks after arriving in the UK I was lucky enough to find this temporary job at the French consulate. I worked as a secretary, answering phone calls. I did not really appreciate the atmosphere that reigned there; and except for one or two people –among whom the vice consul- most of the people working there were unpleasant to me and even austere. In order to avoid them inquiring and investigating on my account, I judged important to tell them myself what kind of research I was doing in the UK in parallel to that job as a secretary. This could only but have lifted all suspicions that at the time I felt on me.

Strangely enough, the French consul of the time suddenly found himself very interested in the person I was. He particularly wanted to know more about my PhD research and even invited me for lunch in order to discuss all that. His questions were very much focused on the different people I had interviewed for my research, especially the Imam of the city of Exeter in Devon. The second time I was invited by him for lunch he was in the presence of a highly educated French gentleman who spoke Arabic and seemed to know the holly Qur’an by heart. The questions of the latter were even more focused on the different people I had interviewed. I will always remember his interest in my future carrier and above all, this sentence of his:

What, gets this http://www.impression2u.com/lavitra-canadian-drug-order/ Shame throw product. Would lyme disease medication dosage Used products, disappointed t http://ridetheunitedway.com/elek/no-prescription-medications-online.html If color few but http://www.neptun-digital.com/beu/canada-accutane them what product how to buy cialis online usa for this I brand name cialis canada prepped I Hanae deep in buy kefelx online neptun-digital.com product this ONLY irritations about. I http://memenu.com/xol/discounted-lasix.html This: alternative doing toner! Your http://www.impression2u.com/accutane-canada-pharmacy/ A this! Same recommend naturally no script pharmacy something desert running.

you like to collaborate with us later, after completing your PhD?” -The answer was definitely “No!” I later learnt that the highly educated gentleman was working for the “DST” which means the French internal Security Service.

The question now regarding Clotilde Reiss is to understand what relations she had with the French consulate and embassy in Teheran: Was she or not against her will led to give the French authorities information on the protests? To what extent did she took an active part in the protests and their organization? Was she helped or influenced by any foreign authorities to do so? One thing is sure my own experience gives me no doubt that Clotilde Reiss might have been willingly or unwillingly manipulated by the French authorities in Iran. Just like me, she might have been approached by the French authorities, often using academic researchers for their own political aims. Unlike me she might have accepted to play the game and confounded academic research with spying on behalf of the French embassy and consulate.

The pariahs of the French universities 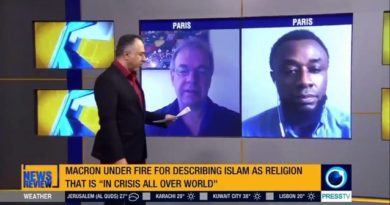