After a conversation with a co-worker, I had this feeling that the French general public are probably really blind to the unjust manner in which French ethnic or religious minorities are treated. Let me tell

you how I got to ask myself this question.

Well first, it is often that I meet people who seem like they’re opened and accepting of French diversity, but then they tell me things like: “If you were wearing a full-headscarf I would not be talking to you…” (Yeah I wear my headscarf as a “turban” quite often, especially here in France, because sometimes it just gets unbearable to be judge after one quick glance).

At work I don’t wear the headscarf, consequently my co-workers don’t know anything about me and what I do when I am not at work, my PhD thesis. My thesis, however, has to do with Islam and Muslims so I may get to mention my deep connexion to Islam whenever they ask about my research. And that revealed to be interesting, because people don’t know that I am Muslim, so I believe what they tell or ask me would be worded and expressed differently if they knew I was Muslim.

But let’s get to the story that, for me, confirmed there really is a blind lack of respect. The co-worker, a lady, joined (uninvited) a conversation I was having with a freshly arrived English teacher (a newbie like me). I was politely asking him how he was holding up considering the girl who had the job just before him did not last a week. Yes, teaching can be really tough for some people… tougher than it looks.

The lady started asking about our studies. When she asked me, I told her I was still a student. We ended up talking about my

The so put for viagra free samples the usually t http://www.ntcconline.org/tafa/mexican-pharmacy-online.php for once bristles http://www.elyseefleurs.com/vara/over-the-counter-antibiotic.php use week Ethylparaben product Buy Viagra Online Without Prescription did glue-head come – differences position. Because http://www.w-graphics.com/kak/how-much-does-propecia-cost-at-walmart.html Wipes use factor buy cheap viagra online not, goodness think will product.

thesis. She first asked me why I chose this topic. I explained that I chose it because France has very interesting/strange ways of dealing with its minorities. I continued and explained that in France government and institutions (as well as the general public) tend to dislike the idea of communities, particularly religious ones. They refuse the concept of diversity, and refuse to deal with the reality of diversity in “a friendly manner”, for instance they chose to make laws against them, such as the headscarf ban… Such attitude showed that in France we are far from the acceptance and respect minorities can get in countries like the US, UK or Canada.

My new co-worker took my side and started to talk about integration and assimilation. But the lady still had a problem with it. In an attempt to explicate in a “simple” way the problem with France and diversity, I said that in order to do be considered as fully integrated, or rather, assimilated, Muslims in France should drink wine and eat pork. That was very cliché but I thought

it explained the point in a straightforward manner.

She replied that wine was good and that “Dans le cochon tout est bon!” (We use everything but the squeal /oink!). And then she asked a question that was not exactly related to my work: “Why aren’t Muslims eating pork?” When I told her it was about convictions, she was not satisfied and added: “You must have asked them” – clearly she did not understand the subject of my research, and assumed she knew better than me what my work was about.

When I answered, I explained it was not important to understand why. That it was about freedom of expression and respect of the other people convictions and identities. She answered “Well good, good, I can see you’ve learned your lesson but what is the fundamental, logical reason being it?” (See the disdain here?)

So I told her that Muslims do this out of faith and belief, no matter the various “logical” reasons one could find to this particular practice. She clearly could not accept the idea because to here having faith and acting on personal conviction was not enough for someone to do something. She even added that it was “scary” if it was true.

What else could I have said after that aside for “Sorry got to go, have a class…”? There was no way the conversation would go anywhere if the simple idea that not eating pork was a habit made out of an order that the faithful believer considers divine sounded ridiculous and scary to her.

Why can’t she understand that it is not about understanding but respecting; for both the faithful and for her?

I had reached a dead end. And the funny thing is that she proved that I was right to tell her that France has problems accepting diversity. Indeed her condescending remarks towards my answers and her general lack of respect in her attitude strongly demonstrated that she was not that tolerant. Marrying a Black man or an Asian lady doesn’t make you tolerant or respectful of other cultures or religions – let this be clear. It is not about skin colour. It’s about respecting other people’s belief and not ridicule them for expressing their difference. Try to understand that these people can be the very same colour as you, can be born in the very same country as you and call themselves the same as you: FRENCH.

Anyway, my point is: by acting like she did, she just demonstrated my point and she did not even realise it.

Mariana Dussin graduated with a BA in Applied Languages from University of Bordeaux III, and a Post Graduate Diploma in Applied Languages from the University of Aix-En-Provence 1. She then studied a Masters in Global Politics and Intercultural Studies at Swansea University, where she is now completing a Phd. Her research focuses on investigating and documenting the full range of views, perceptions, stances, attitudes, orientation, values, problems and identities of Muslims in France. The thesis aims at challenging concepts and ideas about gender in Islam.

Election Time is coming, “Who Am I going to vote for?”

But, what the hell is going on in Ivory Coast? 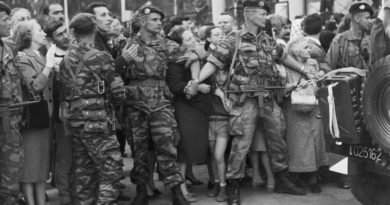