In a world where we seek to dominate each other, exploit one another, and where there is the desire to better oneself by any means, it is of little surprise that most of our favourite sports originate from these basics fundamentals of life. We have been put in a position to fight all our lives, so it is no coincidence that some sports -where two individuals square up against each other in an arena to showcase their prowess and in search of a winning price- were created. The origin and purpose of the winning price is the foundation the sport of boxing is based upon; even hundreds of years after its invention from pugilism (bare knuckle/ fist fight) by one of the pioneers of boxing, Daniel Mendoza, who revolutionized the way and style boxers fought from 1788 to 1790 with his scientific style of moving around, side stepping, ducking, blocking, and avoiding punches at the time when boxers just stood and hardly traded punches. Thanks to his boxing prowess and fame, Daniel Mendoza became a prize-fighter whose third fight with his nemesis Richard Humphrey was the first time spectators were charged an entry payment to a sporting event.

Whatever your favourite sport is, the colour line has always been a major hurdle in the early stages of all sports. The colour line in boxing was broken earlier than in most sports. However, most black fighters were not given the chance to fight or win the world title that they deserved. Boxing was the first major sport to allow black fighter equal opportunity to a certain degree. In 1890 George Dixon became the first African American to win a boxing world title in any weight class -57 years before the great Jackie Robinson crossed the baseball colour line in 1947, 60 years before Earl Lloyd for basketball, 67 years before Willie o Ree for ice hockey, and 66 years before Althea Gibson for tennis. Although most black athletes were allowed to participate in the sport of boxing, they were not given equal opportunity to fight for a world title; and the few ones who were given that opportunity had the chance based on the terms and conditions of their white counterparts. Sam Langford who was considered one of the greatest boxers of all times did not win any world title. Bert Rudolph the American boxing writer and sport historian calls him “the best boxer that never won a title”.

In 1908, the unexpected happened. Jack Johnson was given the opportunity to fight for the world heavy weight championship. At the time, heavy weight champions were considered the strongest men in the world. The fight was organised under the terms and conditions of his white counterpart. Johnson’s winning of the world title paved the way for other black boxers such as Louis Phal “Battling Siki “from Senegal who became the first African to win a world title in the light heavy weight division in 1922,  after he was given the chance to fight for a world championship. The latter had first agreed to dive and throw away the fight, but was finally infuriated when he was dropped on the floor by his opponent. He then decided to fight back and won the title. With black fighters emerging from the shadows of their white counterparts it was only a matter of time before they got the recognition they deserved due ‘to their talent, persistence, dedication, and desire to win against all odds’. These are the same exact words that you can use to describe the one I consider the greatest heavy weight of all times; who fought under the name Joe Louis A.K.A, the brown bomber. 29 years after Jack Johnson had won the heavy weight world title, Joe Louis was the first black heavy weight boxer to be given the opportunity to fight for a world title provided he stock to the code of conduct that was laid out to him by his promoters, which included never have his picture taken with a with woman, never gloating over a fallen opponent etc. As a result Joe Louis was perceived as a humble man by the white media which facilitated his burgeoning celebrity status.

A deal was also made according to which, if he was given the chance to fight against James Braddock  in 1937, all the opponents he would meet for the next ten years would generate 10% profit to his opponent and  his promotion team. This contributed in making Joe Louis a broke man; although, he became the epitome of racial pride, for every young black kid. His second bout against Max Schmeling who became a German national hero after becoming the first man to defeat Joe Louis in 1936, was a major international sporting event. In 1938 with Adolf Hitler’s Nazis Germany threatening to take over Europe, the second fight between Joe louis and Max Schmeling   was seen as the heroic black man -with the weight of the world on his shoulders- fighting the supremacist white Nazis for freedom; even though max Schmeling had no direct ties with the Nazi party. The triumph of Joe Louis over his opponent in 1938 transcended him into a national hero and a sport icon even within the white community. Joe Louis can be considered as the main path breaker for black athletics. With the triumph of Joe Louis, other boxers will emerge, such as the Nigerian Richard Ihetu “Dick Tiger” -one of the greatest sporting icon to ever emerge from the African continent. Dick can be considered the African equivalent of joe louis for staging the first ever boxing championship fight in Africa against the will of his manager and promoter in 1963; hence paving the way for African fighters like the Ghanaian Azumah Nelson, who is regarded as the greatest African boxer of all times, John Mugabi from Uganda, and Welcome Ncita from south Africa, amongst others.

Any sports that involves just two people in an arena is prone to match fixing. It is much easier for an opponent to roll over or fall over in a two man sports than in a sport that involves an entire team e.g. football. This explains the reason why the sport of boxing has always been exposed to exploitation and controversy. In a sport that was established on the background of corruption, losing a fight can sometimes be more profitable than winning it. That was precisely the case for many black African Americans boxers in the early 20th century. Although the sport of boxing overcame the race issues that it faced in the early stages of its existence, it never overcame the dark forces that has always controlled the sport. The business of boxing as always been a case of a dagger to the heart and a kiss to the lips. In a sport where boxing promoters and TV networks are like octopus and control everything, it is no wonder that the winning prize (money) has today become the sole purpose; which, of course, contrasts with what it was the case in the early stages of the sport, when winning prize was pride and honour. Some boxers at the time would even fight for free in the name of honour. In a sport where more than 95 % of the income generated is from the Western world, whoever brings home the bacon will always have the larger piece of the bacon. While favourite American, Mexican or European boxers fight more than once or twice in a year -because they have the monopoly in the sport-, an average African fighter will be lucky if he fights just once a year, with little or no fan to support him. Modern African boxers such as the former super bantamweight[1] champion Joseph Agbeko from Ghana, former welterweight[2] champion Joshua Clottey from Ghana, or again the Nigerian heavy weight/ cruiserweight prospect Lateef Kayode also know too well that, as it was the case for their predecessors Dick Tiger and Azumah Nelson (known as “the professor”), their only way to victory in any championship boxing match is a knockout victory. 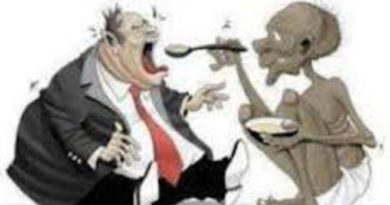 A good reason for being in France at the moment: “Le pari(is)du vivre ensemble»

“France, you like it or leave it”: Response to Mr Sarkozy from someone who loved it and left it