Tarzan of the apes, Tintin in the Congo, or again any of John Wayne’s cowboys vs. Indian movie; Hollywood and its many negative and racist pictures has forged across the years the world’s image and representation of the coloured man. But what if the victims of these clichés had finally accepted and conformed to the picture the western world has of them. As an academic and specialist on the issue of culture and civilization, I find quite similar phenomena when looking at the way values that happen to be non-European are treated or considered in the world. There is no doubt that the coloured men have finally accepted to reject their sometimes ancestral values for those of the white man. In the United States, the American Democracy so praised worldwide was achieved at the stake of the of Native Americans’ lives while the economic prosperity every single US citizen enjoys today is nothing else but the fruit of the black slave’s labour.

More than twelve months after what became known as the Arab spring, I find it interesting to analyse and comment on the different revolutions and their outcomes which changed the geopolitics of the African continent. Never had I seen before any people so brain washed to the point of asking their well-known enemies to bomb them with Uranium as it happened in Libya and as it is now about to happen in Syria. For the few Muslims who think that this is the way to establish an Islamic system, let me tell them that this is complete ignorance.

What saddened me last year was to see that even the most devoted activists of North African backgrounds I knew, and who would fight against injustice on all fronts, seemed to be in favour of any US, UN or French intervention in Libya (and now Syria) under the command of the French Jewish pseudo-philosopher Bernard Henry Levy. Stupidity and ignorance had without doubt made them believe that the Western values and political system could be achieved by asking the West to bomb half of one’s own population. Arab logic and work I had come to think.

At University my lectures mainly focus on US and British civilisations. When giving these lectures I have always tried to bring my students to a better knowledge and appreciation of the concepts and notions that, under the pressure of mass media and “miseducation”, we often use without a clear understanding of their true meanings.

It is thus that during the second semester of the academic year 2011-2012 with my students at University I explored the notions of democracy and citizenship through the study of British electoral system. I could not help making parallels with the revolts in the Arab world and other issues and episodes of the West’s colonial past.

a different story and version of what is happening in the country they feel so much attached to. Unlike most Arabs, they have understood that by equipping the rebels with armaments in order to fight against the Bachar al hassad government, the West and its big organisations have clearly demonstrated their desire to put disorder, and chaos in Syria so as to better divide and better control the region. There is no doubt that the international organisations are unwilling to find any pacific solution to the problem, today. But the most surprising in all that is without doubt the position held by some so called Muslim countries such as Saudi Arabia, Qatar, and Turkey among others. The fact that they are playing the game of imperialism and capitalism at the stake of their brothers tells us a lot about the major difficulties that part of the Arab world has been experiencing for more than 60 years now.

Nearly a year ago I was writing: “I could have been another Clotilde Reiss” 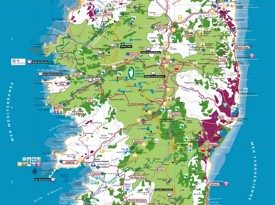