The reason why I have chosen that word is not because I recognized myself in this name. Far from it, this is just the way I feel I have been sometimes perceived in my life.

For those who never came across that expression before:

A “Beurette” is just a female “beur”, in French slang; it designates French-born people whose parents are immigrants from North Africa.

I found that expression very pejorative and I hated the people who called me like that.

I grew up in a small French town where it was rare to find any immigrants from North Africa.  I was only surrounded by white French people but my family has always been deeply immersed into Kabyle and Muslims traditions. This might be the reason why I was given this etiquette.

I finally moved to these suburbs called ‘banlieue parisienne’, when I turned 18.

Back to the main topic:

From October 2009 to May 2010, I spent the academic year in the North east of England, working as a French Teacher assistant mainly in a secondary school – (named) Ian Ramsey Church of England School.

I have North-African background, I was born in Algeria but grew up in France, and I was there (in Britain) “to represent” the French culture, for a year, assisting teachers or teaching on my own small groups of children aged between 11 and 15; discussing different aspects of the French culture with them

When I first started working in this school, I was sometimes feeling quite uncomfortable because I wondered: “how someone like me, who is not French “ pure souche” as we say in France, can share and transmit the French culture. But I finally found my way and realized that indeed I am French, strange as it may seem, even though I have no clue about how French wines taste like, I have never ever tasted “cassoulet or quiche aux lardons”… Fortunately for me, France is much more than just porky recipes!

Little by little, I finally thought I could find another way to introduce the French culture just like any “pure souche” French girl.

I was eventually feeling more French in Britain than I had ever felt in France…Weird feeling, indeed.

It was an experience full of surprise. I was very astonished to see how open-minded Britons were, especially regarding religion. While I was trying to find out few things to show about Christmas celebrations in France, some even went as far as to ask me if I wanted to talk about how French Muslims celebrate Eid El Kebir,.

I also noticed how they remarkably promoted tolerance and integration allowing minority groups to maintain their cultural identities and customs at school; offering for example, Urdu classes in a school called Church of England…Whereas in France the government has always been uncompromising with secularity, banning religious symbols in public schools. I remember the first time I saw in that same school the immigrants’ children from Pakistani background wearing the veil without facing any problem. I then thought of all the problems this same veil was causing on the other side of the Channel.

I used to think that secularity was the best option at school, but my experience there made me seriously reconsider my opinion. I would never have thought it could work well.

However, while the adults seemed quite aware of cultural differences, the teenagers seemed really surprised to hear that I could be French and Muslim at the same time. Once, during a school trip in Toulouse, we were visiting a cathedral.  Some students were being rude and giggling all the time, so I told them to calm down. One of them, a platinum blond, grumbled “I am not Christian, I don’t care’”. “Are you Muslim then?” I said, just to see her reaction. She looked daggers at me as if I was insulting her. I told her that whatever her religion, when she comes to a place of worship, she should behave. Then I said: “By the way, I am Muslim”. Finally deeply shocked, she said “What?! Muslim?! But I thought you were French!” 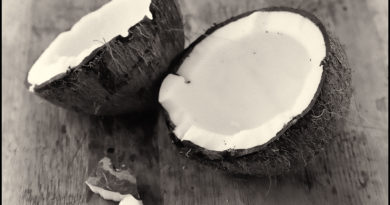 Nostalgia of the old days in the the nineteenth