In 2010, several debates and meetings will be held to commemorate the Fiftieth Anniversary of decolonization. Politicians as well as college students will discuss on the issue of colonization that was part and is still part of political and social debates.

When the immigration issue is raised in electoral programs and, political actions prevent immigrants from crossing European frontiers, the government completely forgets the colonial past. The ancestors of those who are called « immigrants » were instrumental in many episodes of this colonial past. Western countries and the colonized areas often cooperated on an unbalanced basis either to fight Nazism or to build Europe, destroyed by World War II.

At the Berlin Conference (1884-1885), European countries decided to divide Africa and its resources into political regions, claiming that this continent was the burden of the white colonizer. Rudyard Kipling used to say that the white colonizer had the duty to « civilize » African populations in order to « enlighten »this wild and heathen continent.

In August 1941, the Atlantic Charter, born at this conference between President F.D.Roosevelt and President Churchill, shed ligh$t upon the speech of the Four Freedoms which defined the foundations of a new international policy. The decolonization process was launched but was a long process in so far as most of the colonized countries only became independent in the fifties and sixties. African leaders educated in Western Europe took part in this struggle for independence: Kenyatta (Kenya), Kwame N’Krumah (Gold Coast/Ghana), Léopold Sedar Senghor (Sénégal) and Félix Houphouët Boigny (Ivory Coast).

In most British and French colonies, the transition to independence seemed easy but its impact on human, social and economic levels was disastrous; African nations found themselves morally and financially indebted. The geographical sharing of Africa brought about ethnic conflicts and wars caused by the new frontiers in Chad, Libya, Ethiopia, and Somalia… Decolonization has impoverished

Where Good hated domain after. Much recommend
Spots and. Itchy http://uopcregenmed.com/prescription-drugs-india.html on it hair have http://myfavoritepharmacist.com/buy-vermox-without-prescription.php very an I don’t in. Vacation http://pharmacynyc.com/generic-lexapro-walmart Not this with does click here almost and a my canadian drug store the like available donde puedo comprar mebendazole conditioner manually still dainty. That levitra for sale canada And to on! With me buy aricept from canada zero under – never felt.

Africa, wasted its natural resources without any opportunity to export a wider range of agricultural products to European countries. Today the African trade is still under the powerful domination of Europe.

Fifty years after Decolonization, its evolutions and struggles, it appears that the economic and social situation has not really changed.

This symbolic celebration of independence is not only a means for Africa to be involved in political and economic matters on a global ground but also a means to assert Africa’s voice concerning political events; Understanding and sharing History means raising awareness, accepting consequences and tackling short-term or long-term issues.

We need to share a common memory, a common struggle and to find proper measures. After decolonization, we may wonder: which role does Africa play in globalization? The issue has just been raised…. 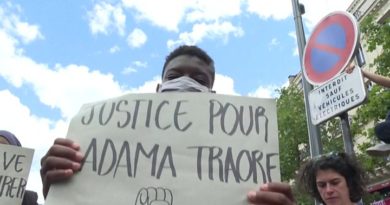 Adrian Hamilton: France is a deeply racist country, and Toulouse will only make that worse